How To Clean Up The Aftermath of a Suicide 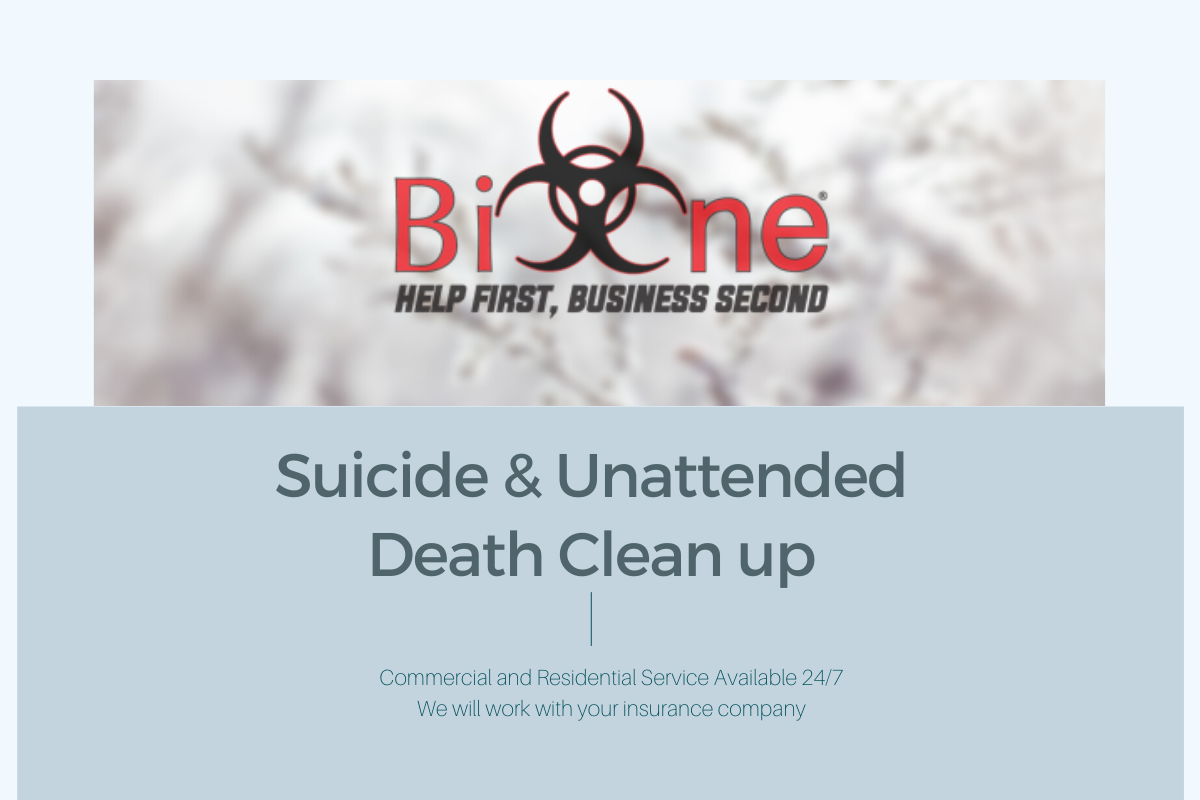 Cleaning up after a loved one commits suicide is perhaps the most emotionally daunting task imaginable. Nobody is prepared for that level of trauma, and that is where services like Bio-One come in to lend a helping hand.

Based in Montgomery, AL, Bio-One is Montgomery's, Selma's, Auburn's, and all of Central and South Alabama's Crime Scene & Trauma Cleaning Specialist. We specialize in the the cleanup of suicide, homicide, unattended death/decomposition, trauma, bodily fluids and other services. We offer 24/7 service to help you when you need someone immediately, as well as lend you an ear and emotional support if that is something you need.

Very often we get called by families who have attempted to clean up the aftermath of a suicide themselves - we highly recommend to call a professional, and not do it yourself. Not only to save yourself from the emotional trauma, but because it's unsafe, and unnecessary.

It's unnecessary because homeowner's insurance covers this type of cleanup - in fact, we rarely encounter a case where it isn't covered by insurance. Bio-One initiates the claims process for you, and does not take advantage of the insurance company - we are actually affordable. It's also unsafe because of bloodborne pathogens, improper PPE when cleaning, unsafe working conditions among many other reasons.

When a suicide or any biohazardous situation occurs in a home, auto or anywhere where you need us, call Bio-One today at 256-677-6111. We will be out to you in 90 minutes or less, and are here for you.

Do you want to get notifications from this site?